Published October 5, 2019 in Bass Players You Should Know 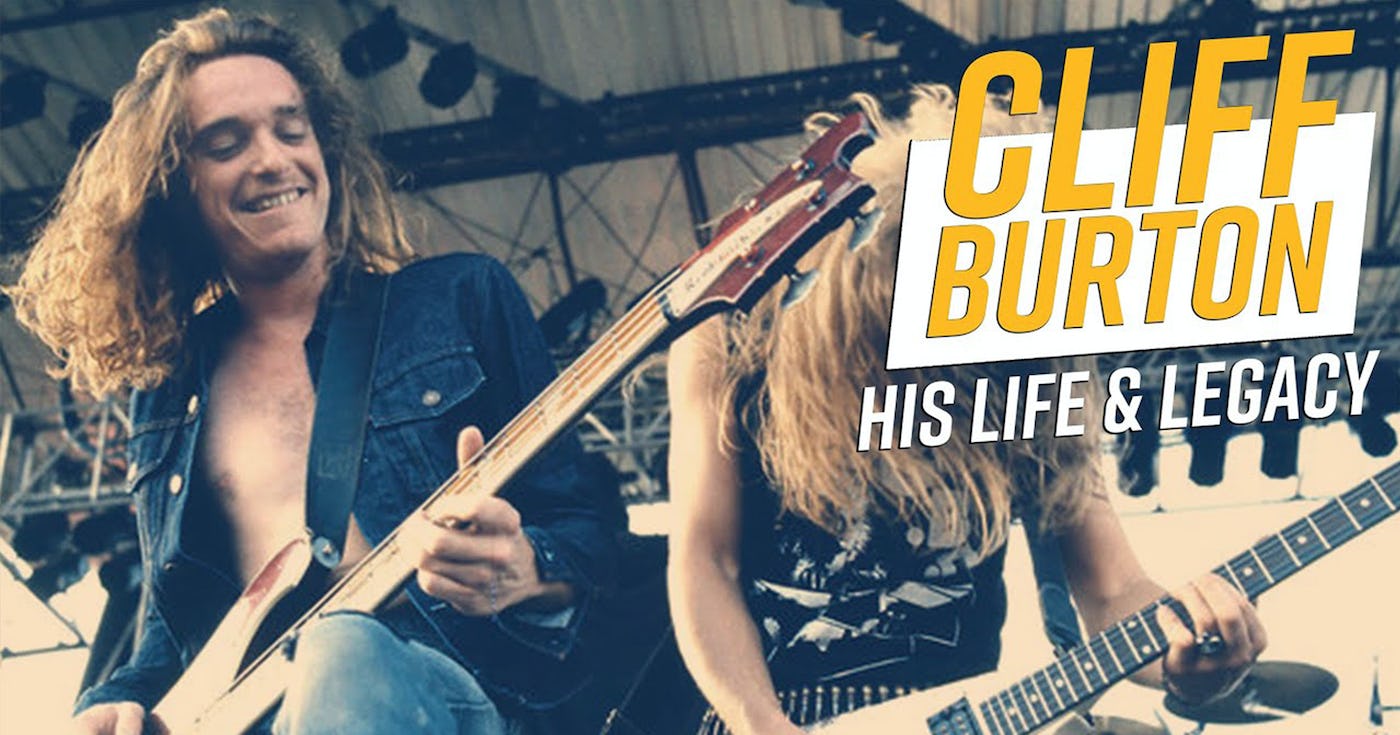 Cliff was the band’s secret weapon and despite only having three years in Metallica, he set the tone for the rest of the band to go on and become the biggest heavy metal outfit on the planet.

Metallica are the biggest heavy metal band ever, right? – but things could have been very different if it wasn’t for the influence of bassist Cliff Burton.

Cliff was the band’s secret weapon and despite only having three years in Metallica, he set the tone for the rest of the band to go on and become the biggest heavy metal outfit on the planet.

Fast forward 30 years and the bass chair is in the safe hands of the awesome Robert Trujillo and Metallica are selling out huge stadiums all over the world, but songs from the Cliff Burton era still account for half of any given Metallica setlist. Who knows what he would have gone on to achieve if his life had not been cut short in a tragic tour bus crash in September 1986.

This is a tribute to the life and bass playing of Cliff Burton, so let's get into it. 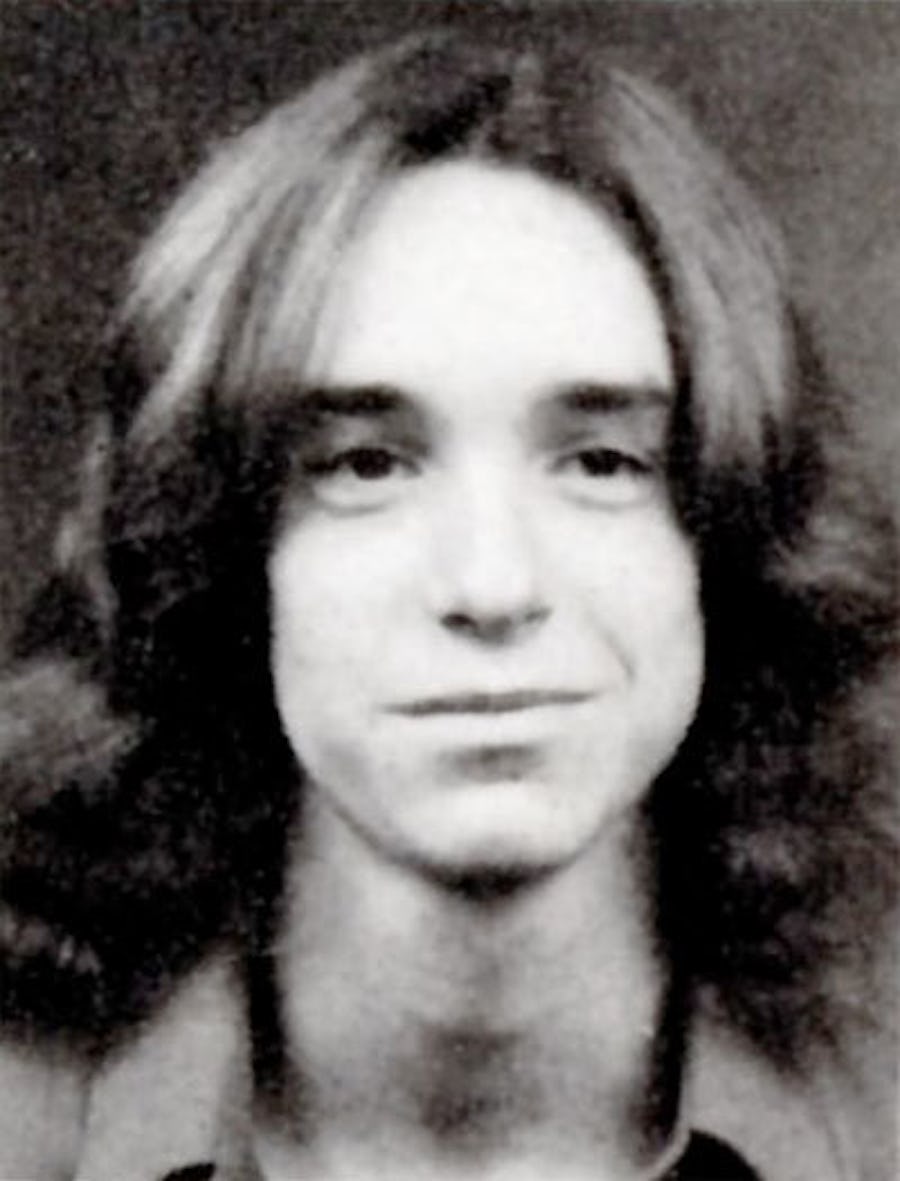 Cliff was born in 1962 in Castro Valley, California, and like Metallica frontman James Hetfield, he started out on the piano, taking lessons aged 6.

He didn’t pick up the bass until late 75/76, after the death of his older brother Scott. According to his parents, Cliff would put in up to six hours of practice every day – even after joining Metallica in 1982.

His first bass lessons were on a Wednesday afternoon with a jazz bassist named Steve Doherty who worked at a local school called ABC in Castro Valley.

During his lessons with Steve, Cliff would study baroque pieces as well as different time signatures, which both come to the fore in his unforgettable riff workout from Master of Puppets… Orion.

Cliff’s first band was called EZ-Street, named after a strip bar in the Bay Area. Other band members included Mike Bordin and Jim Martin who would later play together in Faith No More. Burton and Martin continued their musical collaboration after becoming students at Chabot College in Hayward, California.

Their second band, Agents of Misfortune, entered the Hayward Area Recreation Department's Battle of the Bands contest in 1981. Here’s a great clip of their audition, which captures some of the earliest footage of Burton's unique playing style.

Burton joined his first major band, Trauma, in 1982 and it was while Cliff was in L.A performing at the Whiskey A Go Go with Trauma that Lars Ulrich and James Hetfield decided they wanted him in their band to replace bassist Ron McGovney. They eventually moved their entire operation from LA to San Francisco when Cliff joined the band in 1983.

Having joined Metallica, it didn’t take Cliff very long to make a name for himself as one metal’s greatest up-and-coming bass players. Influenced by the likes of Geddy Lee, Geezer Butler, Lemmy and Stanley Clarke, he also loved classical music, especially Bach, which often informed his contributions to Metallica.

Damage Inc. from the band’s Master of Puppets album is a killer example of Cliff’s menacing technique, featuring multiple bass tracks, volume swells and effects, but according to guitarist Kirk Hammet, Cliff had said that the intro was actually based on a Bach piece called “Come Sweet Death’.

Burton also came up with the title for Metallica’s debut album, which was originally going be called Metal Up Your Ass with artwork featuring a knife poking out of a toilet – but the record distributors thought this might damage their chances of being stocked in shops at which point Burton said, “Just kill ‘em all, man!” And the rest is history.

The album features Burton's amazing solo piece, "(Anesthesia) - Pulling Teeth", which was also based on classical motifs, coupled with a wah-wah pedal and some massive distortion.

Released a year later, Ride the Lightning, saw Cliff once again stamp his authority on the emerging thrash metal scene with standout bass playing tracks The Call of Ktulu and For Whom the Bell Tolls. Check out Cliff’s awesome chromatic intro.

By this time, Burton's songwriting abilities were also growing, and he received credit on six of the album's eight songs.

Ride the Lightning also caught the attention of major record labels. Metallica were signed up to Elektra Records and began work on their third album, Master of Puppets.

Released in 1986, it featured more of Cliff’s ‘lead bass’ on a number of tracks. It was the band's real commercial breakthrough, but it would be Burton's final album with Metallica.

Cliff died at around 6:45am on Saturday 27th September 1986, in the rural district of Ljungby in southern Sweden. The band were on the European leg of the Damage Inc. tour in support of Master of Puppets.

During the tour, the band had complained that the sleeping cubicles on the tour bus were uncomfortable and to decide who received first pick of the bunks, they would draw cards. On the evening of September 26th, Cliff won with an ace of spades and decided to take Hammet’s bunk who in turn went to sleep at the front of the bus.

According to the driver, the bus skidded off the road and flipped onto the grass in Kronoberg County. Burton was thrown through the window of the bus and was pronounced dead at the scene.

It’s not new that people in rock n roll die, but usually it’s self-inflicted in terms of excessive drink or drugs abuse. Cliff had nothing to do with it. It’s so useless. Completely useless. Lars Ulrich speaking of Cliff's death

News of Cliff’s death spread quickly. According to Dave Mustaine, who was Metallica's lead guitarist in the early days and a close friend of Cliff, upon hearing of Burton's death he sat down and wrote the music for the Megadeth song In My Darkest Hour in one sitting. Thrash metal band Anthrax also dedicated their 1987 album Among the Living to Cliff, as did Metal Church with their 1986 album The Dark.

On April 4, 2009, Cliff was posthumously inducted into the Rock and Roll Hall of Fame, with fellow Metallica bandmates James Hetfield, Lars Ulrich and Kirk Hammett.

And in 2018, the Alameda County Board of Supervisors in California issued a proclamation declaring February 10, 2018 as Cliff Burton Day – Cliff would have turned 56 the same day. 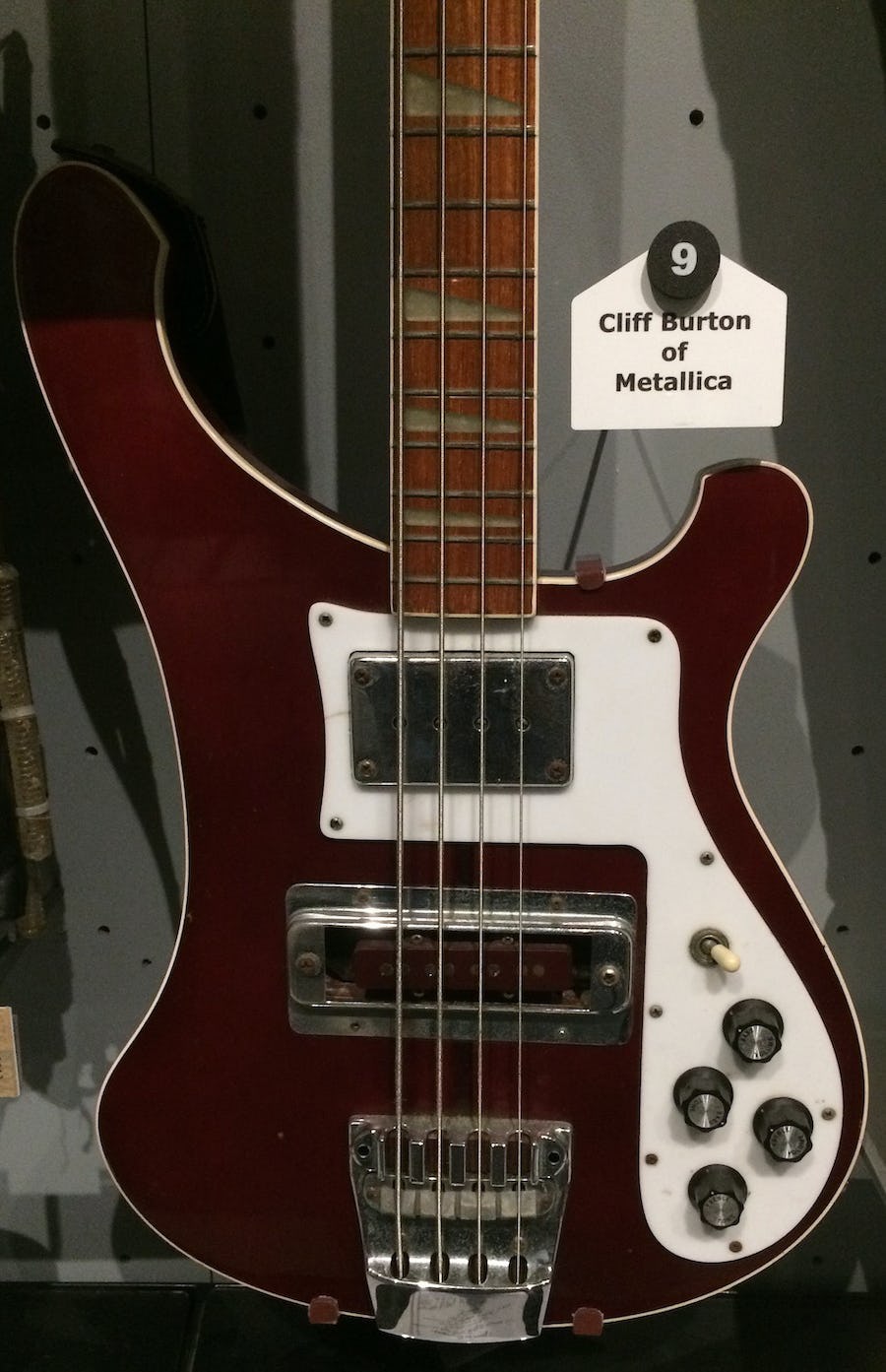 A master of technique, Cliff used a handful of different basses during his career. With Metallica he started out with a heavily modified Rickenbacker 4001. Burton had the stock pickups removed and installed the neck humbucker from a Gibson EB-0 with a Seymour Duncan Jazz pickup in the bridge position. He also had a guitar pickup fitted under the bridge.

At some point after recording Kill Em All, Cliff retired his Ricky and finally settled on an Aria Pro SB-1000. In January 2013, guitar manufacturer Aria revealed through Metallica's official website that they would be releasing a replica of Burton's bass, the Aria Pro II Cliff Burton Signature Bass, which was officially unveiled on January 25th, 2013.

So there you have it. While Cliff was only 20 when he joined Metallica and 24 when he died, he played an unforgettable part in getting the bands chops together in those early days.