Published June 8, 2019 in Bass Players You Should Know 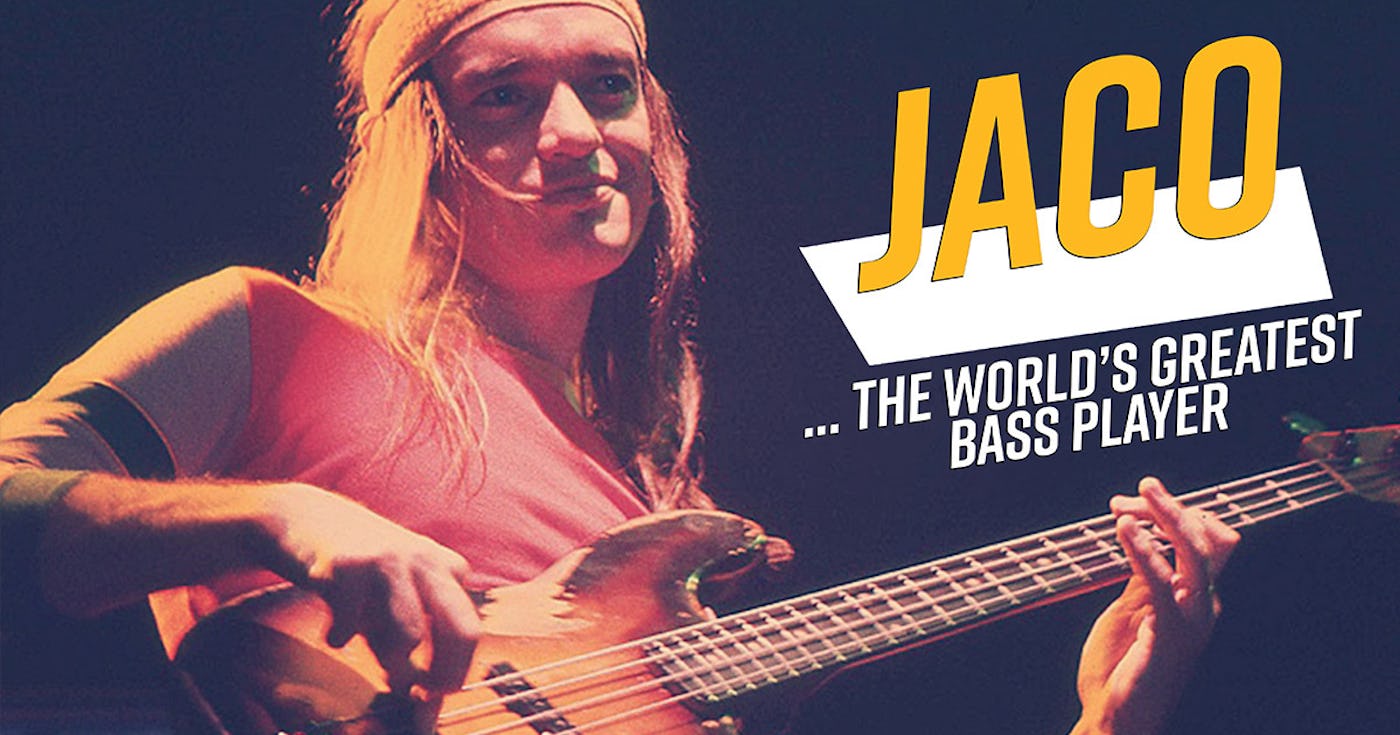 His technical ability completely transformed the way both bass players and non-musicians alike looked at the bass guitar forever.

Jaco Pastorius, arguably one of the greatest and most influential bass players to ever walk this world, single handedly brought the electric bass into the spotlight in a way no one had ever heard or seen before. From customizing his Fender Jazz and his unmistakable signature sound to his relentless exploration of the instrument, Jaco was a true innovator and a musical genius who completely changed the game. In a short but intense career, his technical ability completely transformed the way both bass players and non-musicians alike looked at the bass guitar forever. 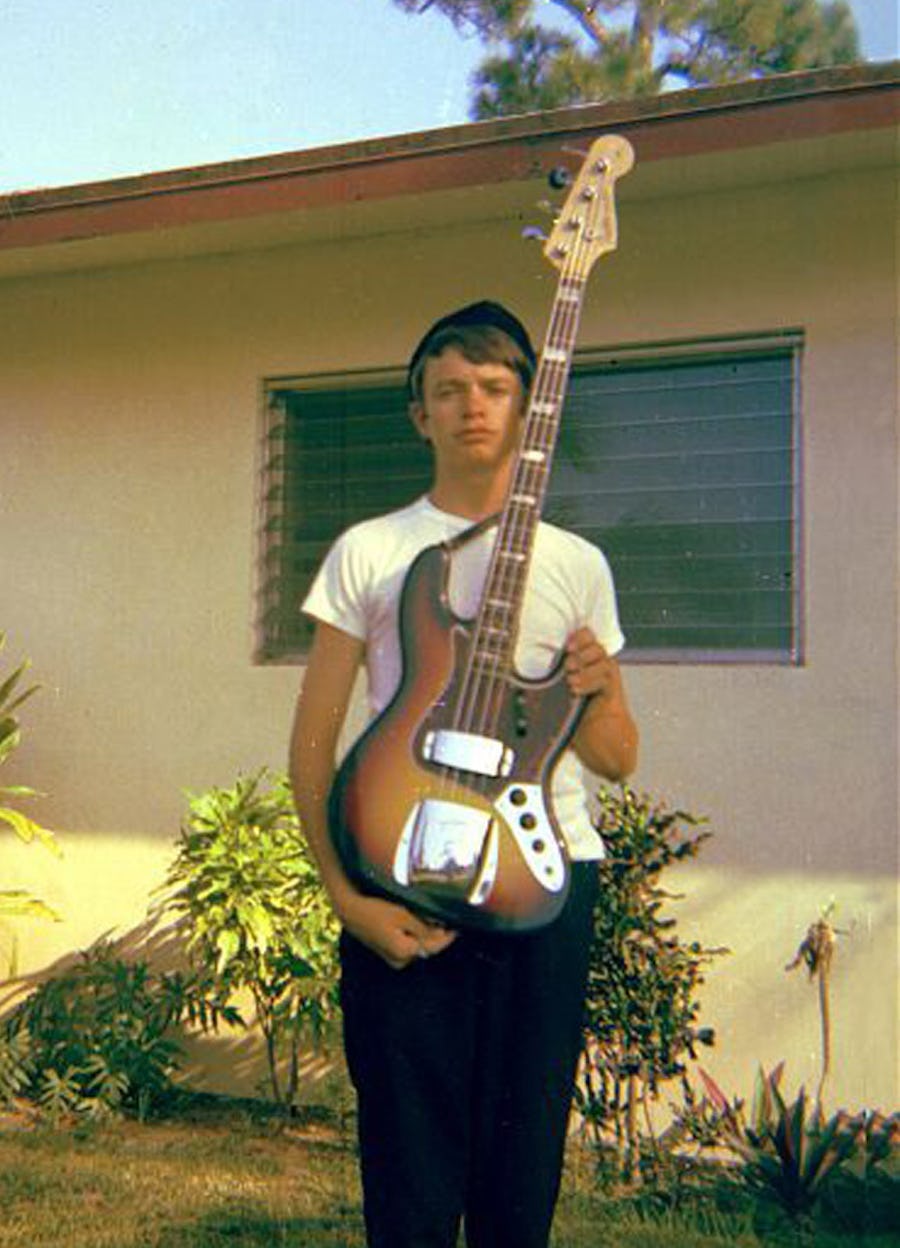 Born in 1951, Jaco saw the beginning of his musical years when he started playing drums at the age of 8. While highly involved in sports a well, his fate took a turn for the better when he suffered a wrist injury playing football. Though he kept with drums during his high school years, his footballing injury made things difficult.

During that time Jaco joined a soul cover band names Las Olas Brass, and it wasn’t long before circumstances brought Jaco to the bass. As a more experienced drummer presented himself to the band, the bass player quit, giving Jaco the opportunity to make the switch. With the earnings he had gathered as a paper boy, Jaco bought his first bass - A Fender Jazz.

It was during that time that Jaco met a girl named Tracy Lee, who was not only destined to become his wife, but also the inspiration behind one of Jaco's most beautiful compositions. In the late sixties Jaco left Las Olas Brass to join an R&B trio called Woodchuck. Here is one of his first takes on a tune by saxophonist Pee Wee Ellis called ‘The Chicken’, which can be found on an album called ‘Jaco Pastorius, The Early Years Recordings’.

In the summer of 1970, Jaco broke into a bigger music scene when he joined Wayne Cochran and the C.C. Riders, a popular soul band of the late 60’s. While his stay with Cochran wasn’t very long, it was during his time with the band that Jaco learned how to read and arrange music with the help of fellow band member Charlie Brent.

In the early seventies Jaco acquired a new bass - a 1962 Fender Jazz, which he later called the ‘Bass of Doom’. In an interview with Jeremy Jemmott on Modern Electric Bass, Jaco reveals that he removed the frets from his bass with a knife, filling the gaps with wood putty and coating his newly made fretless neck with epoxy resin. It was a match made in bass heaven and the Bass of Doom became the perfect vehicle for Jaco’s innovative expression and creative genius, culminating in his signature sound - an upright-esque bass tone driven through Jaco’s main rig, an Acoustic 360 amplifier.

Around the same time, Jaco was also playing with Peter Graves of the Peter Graves Orchestra, who was considered one of the best bandleaders in south Florida at that time. It is during this era that Jaco first met legendary jazz guitarist Pat Metheny and made a connection with jazz pianist Paul Bley, the founder of the Improvising Artists Label. Their 1974 album, called ‘Jaco’, was the first professional recording showcasing both Jaco and Pat Metheny’s talents. You can already hear how much Jaco had developed his playing on this track taken directly from the album:

But Jaco’s life was about to change. When Bobby Colomby, drummer and leader of Blood, Sweat & Tears, heard about this guy from Fort Lauderdale who was proclaiming to be the ‘best bass player in the world’, he was smiling yet enthused by the audacity. Fortunately for Jaco, Colomby was seeking out artists for his ‘Epic Records’ jazz division, and when he brought Jaco in and heard him play, he offered him a record deal on the spot. The resulting album was Jaco’s 1976 debut, which featured legendary musicians including Herbie Hancock, Wayne Shorter, both Randy and Michael Brecker, Don Alias, Lenny White, vocal duo Sam and Dave, and many more..

Let’s start with the opening tune of that album: Donna Lee. If you aren’t familiar with Donna Lee, here is a quick overview. Donna Lee is a bebop jazz standard composed by Miles Davis for saxophonist Charlie Parker. As you might expect, the tune features a very complex, fast-moving melody over the chord changes. Jaco’s version is not for the faint hearted and reveals one of many crucial aspects of Jaco’s approach to the bass: the melody. Let’s take a listen of the original first.

Generally attributed with higher register instruments like the piano or the guitar, melodies weren’t dedicated to bass, but Jaco felt it was most important to learn the melody of any given tune. His fluidity throughout is breathtaking, almost horn like.

On the second track, ‘Come On Come Over’, you can hear one of Jaco’s signature basslines: a continued 16th note pattern syncopated with accents and ghost notes.

Another great example came later on in his career with Jaco’s perfected take on the aforementioned tune ‘The Chicken’.

Another facet of Jaco’s talent was in his compositional skills. ’Portrait of Tracy’, a tune dedicated to his wife, not only featured the bass as a solo instrument, but yet another characteristic of Jaco’s innovative traits: his exploration of harmonics. Until now, Harmonics were mostly used as a commodity to tune instruments by ear, but Jaco brought them out to the world… creating chords, tones and textures in the most musical way possible.

Soon after his solo album, Jaco met Austrian keyboard player Joe Zawinul, co-founder of one of the greatest fusion bands of the 70’s: Weather Report. Having landed the gig, Jaco made his debut on the 1976 album Black Market and went on to help push the band to the height of its popularity until his eventual departure in 1982.

And we can’t go any further without mentioning Havona. Jaco’s solo is probably one of his most inspired and remains an amazing example of his command and mastery of the fretless bass.

While touring with Weather Report Jaco’s incredible solo spots and his use of effects like delays, loops and fuzz tones made him an instant hit with audiences the world over. Here's an example.

Aside from his time with Weather Report, Jaco also appeared alongside Canadian singer-songwriter Joni Mitchell on albums ‘Hejira’, ‘Don Juan’s Reckless Daughter’, ‘Mingus’ and ‘Shadows and Light’. In the early eighties he also signed a contract with Warner Brothers and produced 2 albums with his Word of Mouth Big Band: ‘Word of Mouth’ and ‘Invitation’.

By this time Jaco was facing difficulties due to mental illness and his increasing dependence on drugs and alcohol which started to deeply affect his musical and personal life. Things took a tragic turn leading up to the mid-eighties. Finding himself homeless and his ‘bass of doom’ stolen, Jaco was diagnosed with manic depression and bipolar disorder. In 1987, he lost his life at the age of 35 when a club bouncer knocked him down after Jaco attempted to enter a Carlos Santana gig.

Yes, he was a phenomenon’ but foremost ‘Jaco Pastorius was a human being. Mary Pastorius

Many stories have been written about Jaco, but Jaco’s daughter, Mary Pastorius, describes him best in an attempt to shed a little light on who Jaco was. ‘Yes, he was a phenomenon’ but foremost ‘Jaco Pastorius was a human being’. Jaco’s playing and contribution to the world of bass and music was a direct expression of the way he was, the way he felt and the way he heard the world. His love, his passion, like a painting with all the colors of life'.

Even though Jaco’s life was cut short, he left for the world the utmost treasure any human being can offer: his heart and soul. His career as a bassist, a soloist, a virtuoso, a composer, a bandleader is too rich to encompass in one listen or in one video. I highly recommend that you take the time to delve a little deeper into his career. His legacy has literally revolutionized the world of bass and music, transcending past, present and future generations and as of 2017, he is the only electric bassist inducted into the DownBeat Jazz Hall of Fame and will forever be remembered as one of the most important electric bassists of all time.