Published December 25, 2019 in Bass Players You Should Know 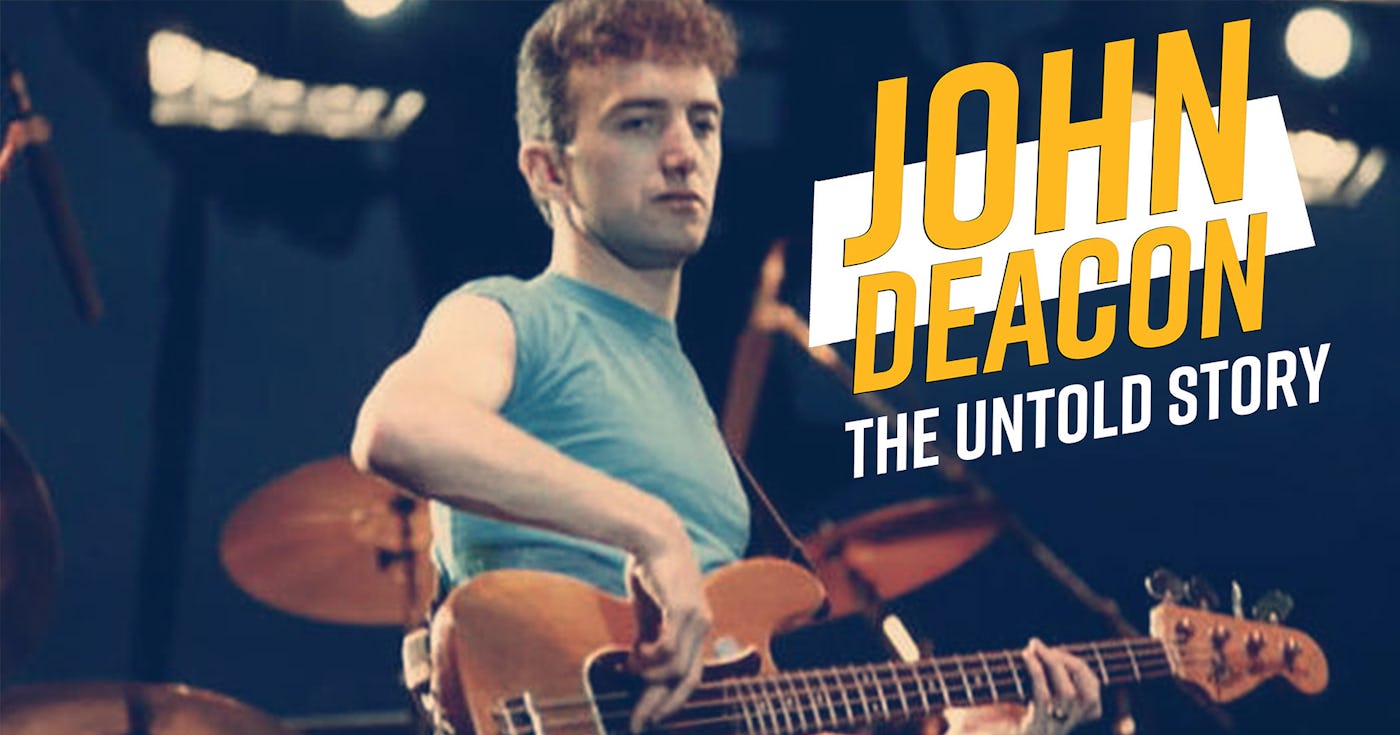 John Deacon is arguably the most under-rated bassist of all time. But while Queen’s legendary status continues to grow, the man behind such classic basslines as Under Pressure and Another One Bites the Dust has seemingly disappeared.

So what happened to John Deacon? Why did he decide to call it quits? How did he get the gig with Queen in the first place and most importantly, how did he come up with those killer basslines? Let’s get into it. 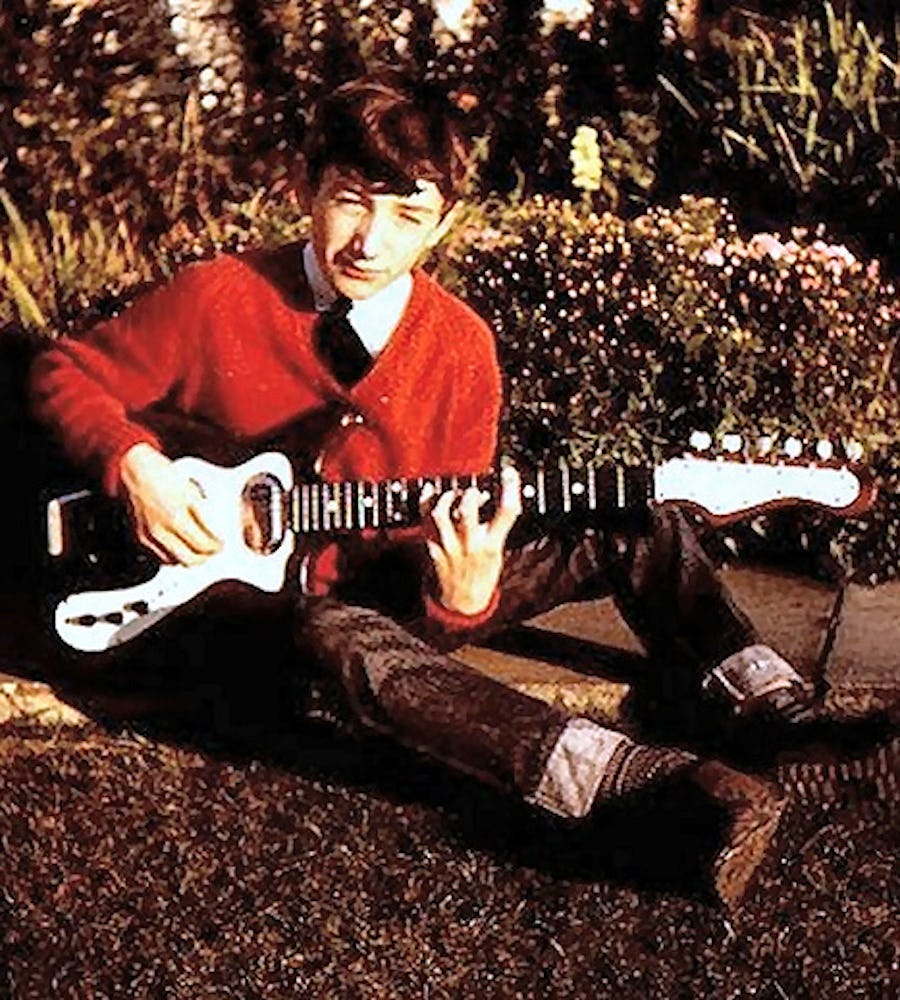 John was born on August 19th, 1951. He started out on guitar at the age of fourteen in a band called The Opposition, but made the switch to bass while still in his teens. He eventually left the band following his move to London in 1969 where he studied electronics at Chelsea College.

A chance meeting at a party introduced him to Brian May and Roger Taylor and he was invited to audition for Queen. He played his first gig with the band on July 2nd 1971.

Having signed to EMI in the UK, Queen released their debut album in 1973. Their follow up, Queen II, featured a top ten hit in Seven Seas of Rhye, but it was their third album, Shear Heart Attack, that really changed the bands fortunes with the first single, Killer Queen reaching number 2 in the British charts.

Shear Heart Attack also saw John get in on the writing credits for his song, Misfire, but he still wasn’t convinced of the band’s longevity. In the clip below you can see some great snippets of drummer Roger Taylor and oh John himself talking to Old Grey Whistle Test presenter, Bob Harris.

Released in 1975, the band’s fourth album, A Night At The Opera, turned them from big stars to superstars, largely thanks to Freddie Mercury’s masterpiece, Bohemian Rhapsody.

But there was good news for John Deacon too, as despite only having written one song for A Night At The Opera, it was an absolute classic and the second hit from the album. Released on May 18th 1975, You’re My Best Friend was Deacon’s first composition to be released as a single and as Brian May said at the time, 'It's just the perfect pop song' and it did wonders to John's confidence as a writer.

In in the below clip Brian May and Freddie Mercury discuss the making of that track.

In 1976 Queen released A Day At The Races, which featured another intricate bass workout by Deacon on the song The Millionaire Waltz. Pay special attention to the piano and bass intro as Deacon’s counterpoint in the bass compliments Freddie’s piano part perfectly.

Deacon continued to impress on subsequent albums, with a stellar bassline on Dragon Attack from 1980s The Game. Check out this live clip from Montreal in 1981.

And let’s not forget his killer bass hook on Under Pressure, which featured David Bowie and was originally released as a single in October 1981. It was later included on Queen's 1982 album Hot Space.

John also cemented his abilities as a songwriter with hit singles like I Want to Break Free from The Works in 1984.

And Another One Bites The Dust, which was never meant to be a single, but thanks to some gentle nudging from Michael Jackson and steady airplay in the US rocketed to the top of the charts, sealing the band’s reputation.

Queen's Live Aid performance on July 13th 1985 would both make rock history and completely transform the band. Despite enjoying continued success with their platinum-selling 11th album The Works a year earlier, album sales had declined over the previous years as the band searched for a new direction.

Here’s a backstage interview with the band before the show.

There to represent the established artists, Queen’s Live Aid set truly stole the show and remains one of their most famous performances on stage.

The band recorded The Miracle album in 1989, which featured another standout bassline on the single The Invisible Man.

But by this time Freddie Mercury was having serious health issues. The band immediately started work on the next album, Innuendo, which was released to much acclaim on 5th February 1991, but on 24th November that same year Freddie died of bronchial pneumonia, which was brought on as a complication of AIDS.

The bands sellout show at Knebworth Park in 1986 had turned out to be their last.

Following Freddie's death John Deacon went to ground, avoiding anything to do with Queen thereafter. He later said that…

As far as we are concerned, this is it. There is no point carrying on. It is impossible to replace Freddie. John Deacon

John would play live with Queen on three more occasions before ultimately deciding to retire from music completely. Here he is in action at the Freddie Mercury Tribute gig for AIDS awareness at Wembley Stadium in 1992.

He also played a charity concert with Roger Taylor in Midhurst in 1993 and at the opening of the Bejart Ballet in Paris in 1997 where they performed The Show Must Go On with Elton John.

In October of that same year John re-appeared briefly with Queen to record the band’s final song, No-One But You (Only The Good Die Young), which was included on the Queen Rocks album.

Since retiring, Deacon has stayed out of the public eye – choosing not to appear at Queen’s induction to the Rock and Roll Hall of Fame in 2001, or to join in any of the various collaboration projects with Paul Rodgers or Adam Lambert. Though Brian May has said that he is still involved in the business side of the band and approves of the recent biopic.

John is seemingly enjoying the quiet life away from the limelight. Rumour has it that he’s currently living in Putney, South West London, but don’t expect to see him outside his front door signing autographs anytime soon. Having said that here’s a great clip from some Queen fans in Portugal back in 2017.

So there you have it, but before signing off let’s take a quick look at John Deacon’s bass gear. Believe it or not, in the early 70s John played a Rickenbacker 4001, though early pictures also show him sporting a Fender Jazz, a Kramer, a Music Man StingRay and a Wal Pro. Bonus points for anyone who can tell me what bass he’s playing in the promo video for Friends Will Be Friends – let me know in the comments!

But John is undoubtedly best known for rocking his trusty sunburst Fender Precision, which was the mainstay throughout his career. He was actually given a 1965 P Bass by the record company in 1972 and in 1974 he bought another 1968 model. In his later years with Queen he switched to a P Bass-style custom instrument made by Roger Griffin.

Without doubt it was John's solid and sometimes inspirational playing that helped them all to shine.

While John Deacon was definitely the quietest member of Queen, that in no way diminished his musical contribution to the band. Alongside Roger Taylor, he provided the solid rhythm that Brian May and Freddie Mercury could always rely on, not to mention writing several of the bands biggest hits and a bonafide bass anthem in Another One Bites The Dust.

In Queen he shared the stage with three really strong personalities, which certainly played its part, but without doubt it was John's solid and sometimes inspirational playing that helped them all to shine.