Published May 18, 2019 in Bass Players You Should Know 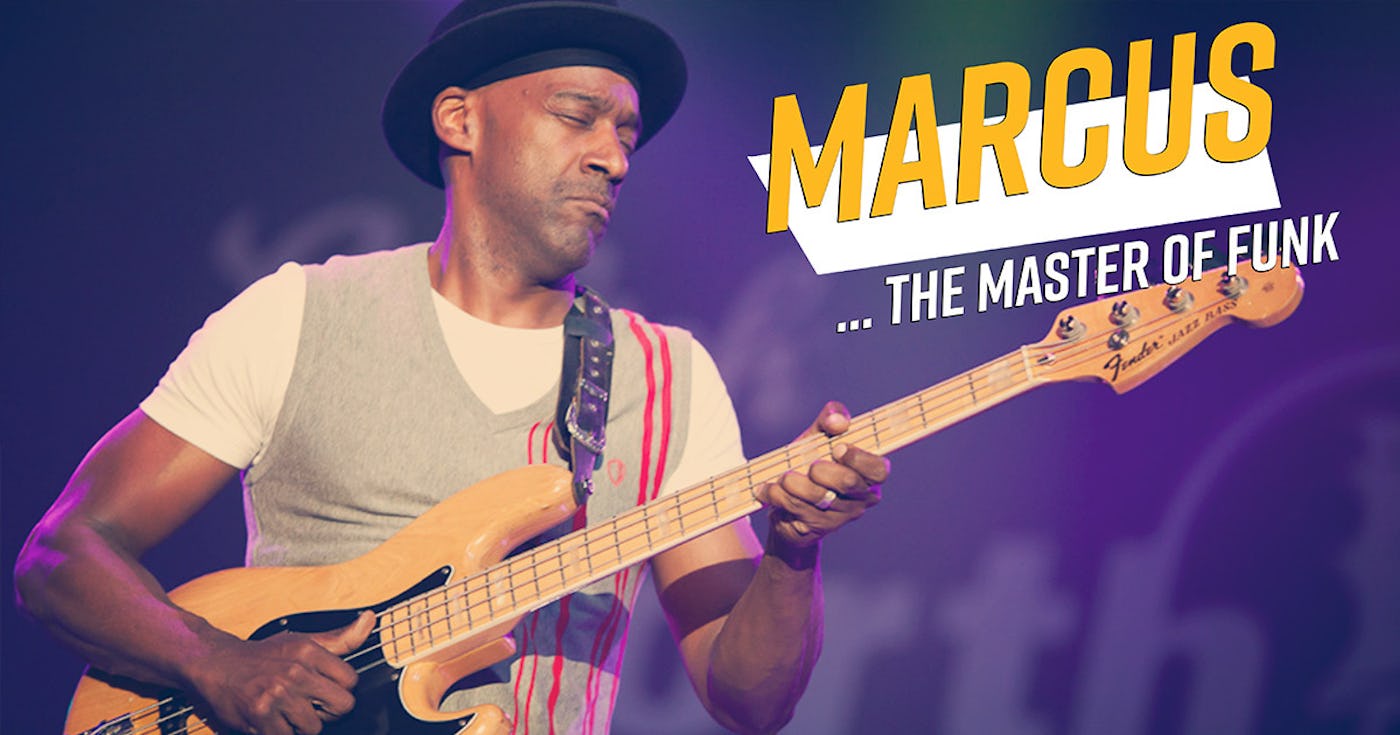 Marcus has also forged a solid solo career and made a name for himself as a producer, arranger and multi-instrumentalist.

A modern master of the electric bass, Marcus Miller has been landing dream gigs for the best part of 40 years. Since his heady introduction to the New York studio scene in the mid-70s, he has worked with a who’s who of R&B and pop superstars including the likes of Luther Vandross, George Benson, Stevie Wonder, Aretha Franklin, Eric Clapton, Al Jarreau, Paul Simon, Whitney Houston, Jay Z and Chaka Khan. His passion for jazz and instrumental music has also landed him gigs with some of the biggest names in jazz from Herbie Hancock and McCoy Tyner to Wayne Shorter, Dizzy Gillespie and Miles Davis.

As if all these achievements weren’t enough, Marcus has also forged a solid solo career, formed a bass supergroup with Stanley Clarke and Victor Wooten, and made a name for himself as a producer, arranger and multi-instrumentalist. He’s written for film too, including soundtracks for the 1992 Eddie Murphy film Boomerang, The Great White Hype starring Samuel L Jackson and Obsessed starring Beyonce Knowles. You have to ask yourself… is there anything Marcus Miller can’t do?! 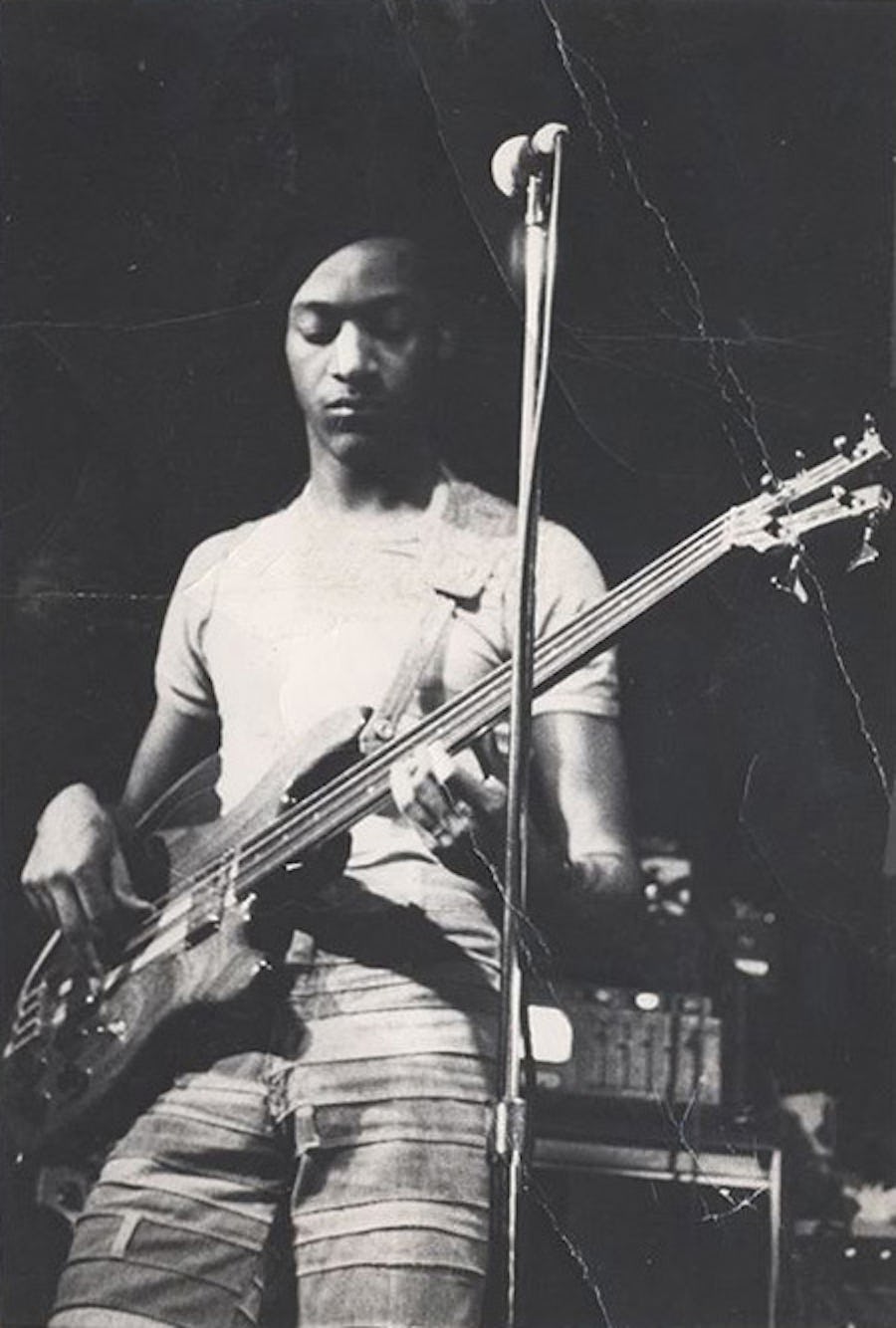 Born in Brooklyn, New York in 1959, Marcus was raised in Rochdale Village in the Jamaica section of Queens. Inspired by his father who was a church organist, he started out on the clarinet aged 10, before switching to saxophone and finally getting hooked on the bass guitar at 13.

His proficiency on the clarinet earned Marcus a place at New York’s prestigious High School of Music and Art and then Queen’s College, while his superhero range and groove on the bass led to his first pro gigs with the likes of Lonnie Liston Smith and Harlem River Drive, where he first became interested in composition.

I used to watch my cousin, Denzil Miller, write for a local band we were in, Harlem River Drive, and I just assumed you weren’t a complete musician unless you wrote your own material.

In 1977 aged just 18, Marcus was hired for his first professional recording session for flutist Bobbi Humphrey. In fact, it was his rhythm section partner in that band, drummer Buddy Williams, who got him an audition for the Saturday Night Live band, where he also met saxophonist David Sanborn.

Sanborn invited Marcus to work on his Voyeur album and subsequent tours, which marked the start of a partnership that lasted for some 25 years from 1975 through to 2000, a period that included some of Miller’s earliest production work. He also wrote several songs for Sanborn, including Chicago Song from the 1987 album A Change of Heart and Run for Cover, which appeared on 1984’s Straight to the Heart.

I was probably 18 or 19 when I wrote Run for Cover. I remember I had just got a 4-track, reel-to-reel tape recorder and that was a big deal back then! I was excited to be able to overdub and make music on my own.

By this time Marcus had become a permanent fixture on the New York session scene, getting calls for all kinds of jingles as well as session dates for some seriously hard-hitting albums.

A year later Marcus was really honing in on his cutting-edge slap sound and nowhere is it more evident than on Bernard Wright’s 1981 album, Nard.

His wicked slap bass line on the track Spinnin’ is a standout example of his impeccable sense of groove and his monster bass tone.

In 1982 Marcus gave another masterclass in session bass playing on a landmark album by Steely Dan frontman Donald Fagen. Check out his clean funky bass on the title track, The Nightfly.

But what would the best young bass player in New York do next?

Having joined Roberta Flack’s band, Marcus got to know a backup singer named Luther Vandross, and so began another significant chapter in his career. The partnership provided R&B with one of its most definitive sounds and gave Marcus another opportunity to flex his muscles as a producer.

It was a partnership that sold millions of records, including Power of Love, for which Miller, as producer, won a Grammy for best R&B Song, and the classic 1981 hit Never Too Much.

Here’s Marcus demonstrating the bass line for Never Too Much for Nigel Williams at Jazz FM.

By the time legendary trumpeter Miles Davis called, Marcus was still only 22, but in great shape to follow in the footsteps of his cousin, pianist Wynton Kelly, who had appeared on the iconic Kind of Blue back in 1959. Miller was recruited by Davis, and went on to collaborate on albums like Tutu, Amandla and The Man with the Horn.

Miles was like a musical father to me. I would say my bass style solidified on The Man with the Horn and my composing took giant strides beginning with Tutu.

Though in constant demand as a sideman, Marcus has also enjoyed a prolific solo career, with several unbelievable recordings to his name including his first instrumental album in 1992 – the Grammy nominated The Sun Don’t Lie. There are many highlights on that album – from the slapped version of the infamous Jaco Pastorius tune Teen Town to his own monstrous bass workouts on tracks like Panther, Scoop and Rampage.

I got into slapping through Larry Graham during his Graham Central Station period. In my neighborhood, if you couldn’t play like Larry, you might as well put the bass down.

In 2015 Marcus released his 12th studio album as a leader, Afrodeezia, which was inspired by his role as a UNESCO Artist for Peace and as a spokesperson for the UNESCO Slave Route Project. The album earned yet another Grammy nomination for Best Contemporary Instrumental Album.

Onstage my rhythmic side would sometimes over power my melodic side. That comes from growing up in NY and playing places like the Apollo Theatre, where you really had to turn it out – you didn’t have time to be melodic!

Here’s Marcus performing Hi Life from Afrodeezia, which is yet another example of his impeccable sense of both groove and melody, all while retaining maximum fatness with his signature Jazz Bass tone. 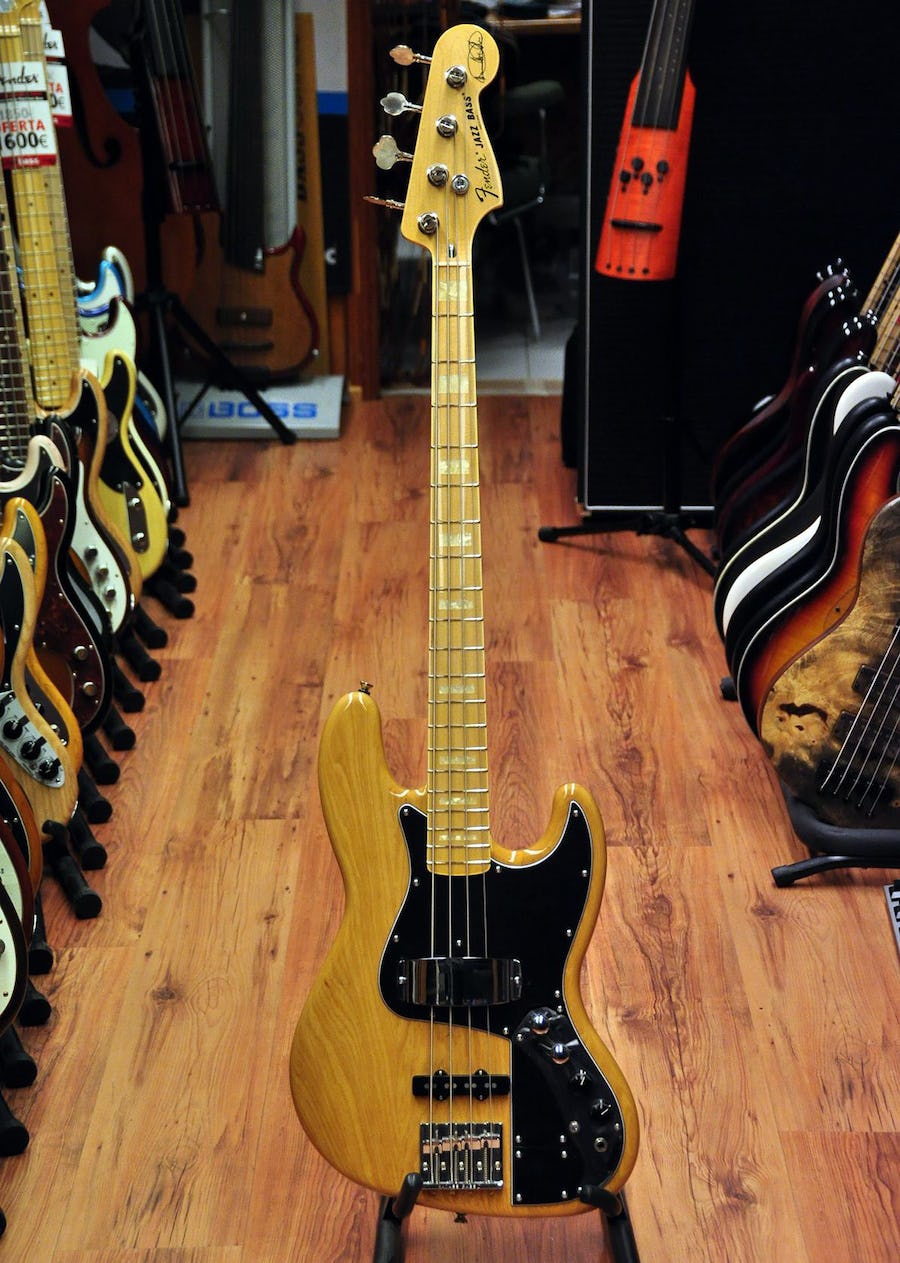 The Jazz Bass in question was made in 1977 and for many years has remained the key to the Marcus Miller sound. It features a natural finish, ash body, maple neck, stock pickups, a Badass Bass II bridge and a Sadowsky modified onboard preamp.

Fender eventually recognized Miller’s long association with their Jazz Bass and launched the Marcus Miller signature model. Based on Miller’s own 77 Jazz, it was fitted with a distinctive black scratchplate, chrome neck pickup cover, two-band active EQ with an active passive toggle switch, a pair of vintage-style single-coil pickups and a Badass II bridge.

There have been times when Marcus has turned to other basses during his career, including a fretless Fodera and Modulus basses, Sadowsky 4- and 5-strings and a 5-string F Bass.

Here he is putting a fretless Fodera through its paces.

His most recent weapon of choice is the result of a new signature line with Sire Instruments – namely the Sire V7 Second Generation and Sire fretless.

Having plugged into SWR amps for years, including SM-900 Redheads and 4x10 Goliath cabinets, Marcus made the switch to EBS around 2000, favouring two HD350 heads and two 410 cabs, but has recently changed things up again with the arrival of yet more signature gear, in this case the Mark Bass Little Marcus head.

Marcus has never been one to shy away from bass effects either, and over the years he’s stomped on various pedals including a Boss OC2, an EBS OctaBass, a MuTron III and an array of MXR effects, plus a personalised Rodenberg Overdrive, which was given to Marcus during his time with SMV.

When it comes to strings, a long time user of DR Hi Beams, Marcus has recently developed yet another signature line, this time with Dunlop – the Marcus Miller Super Bright Bass Strings.

Young bass players are always asking me, ‘should I concentrate on grooving or soloing?’ And I always ask them, “Who said you can choose?” You’ve got to be able to do both.

And so there you have it. Whether holding it down in the studio or leading from the front with his own band, Marcus Miller is one of the most heralded bass players on the planet. An unbelievable soloist, a lyrical fretless player, Marcus wrote the rule book when it comes to playing in the pocket and has every technique imaginable under his fingers – but despite his stratospheric technical chops, his overriding legacy is one of laying down the groove and serving the song.