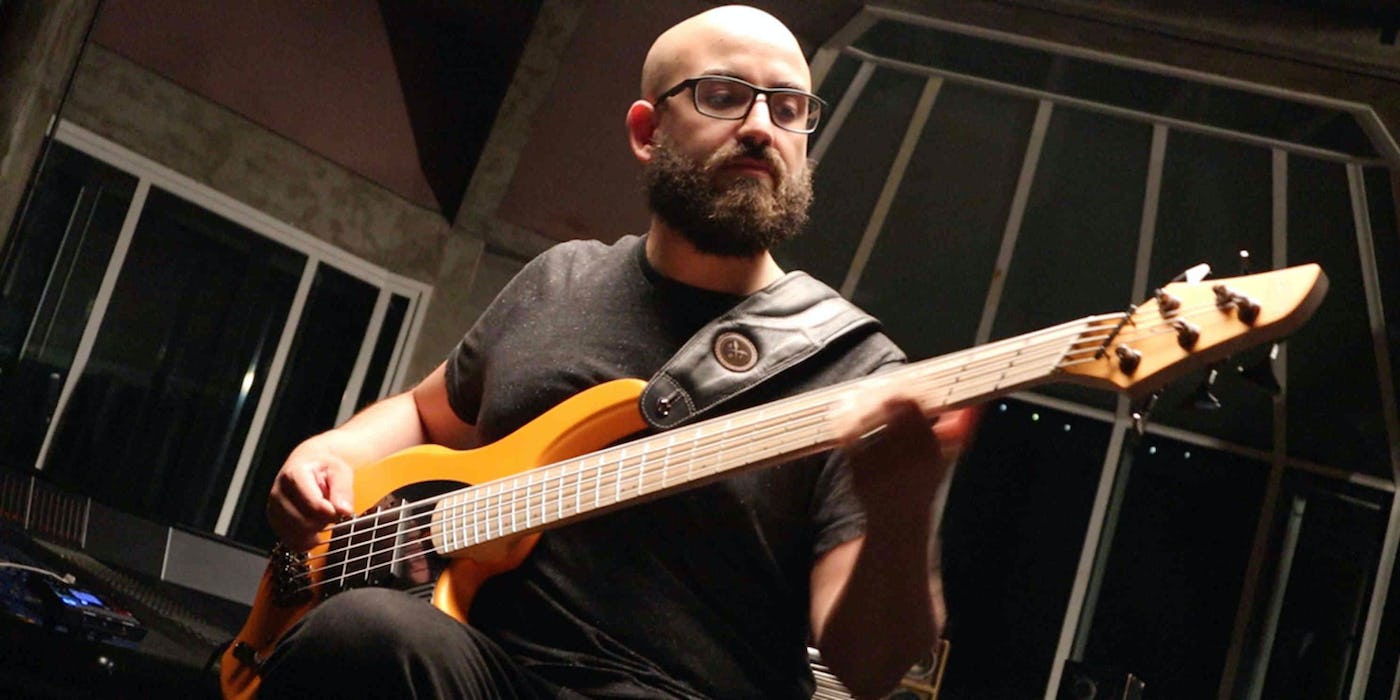 Hey, so this lesson's a bit different...

Namely, because you're about to see inside Peter Gabriel's studio (we've been shooting a brand new course there with someone suuuuper cool - you'll find out who in the new vid).

Not only are you going see inside Peter's studio (it's AMAZING by the way), I also thought it'd be fun to break down and deconstruct the bass line from one of his greatest hits, Sledgehammer...

There's a tonne of cool stuff that you can learn (and apply) from this bass line... but most of all, there's an extra awesome bass fill that every bass player should know in there too!

“Before we get stuck into learning the bassline, let’s zoom over to Peter Gabriel’s studio so you can see what we’ve been up to behind the scenes.”

“On this track Tony Levin played a Music Man Sabre with a plectrum, an octave pedal and a tonne of compression, which is how he’s getting that sound.”

“A cool thing to listen out for is the guitar line. It’s mostly single line stuff going between the d flat and the e flat, which is adding that dominant 7 flavour to the overall vibe of the song”