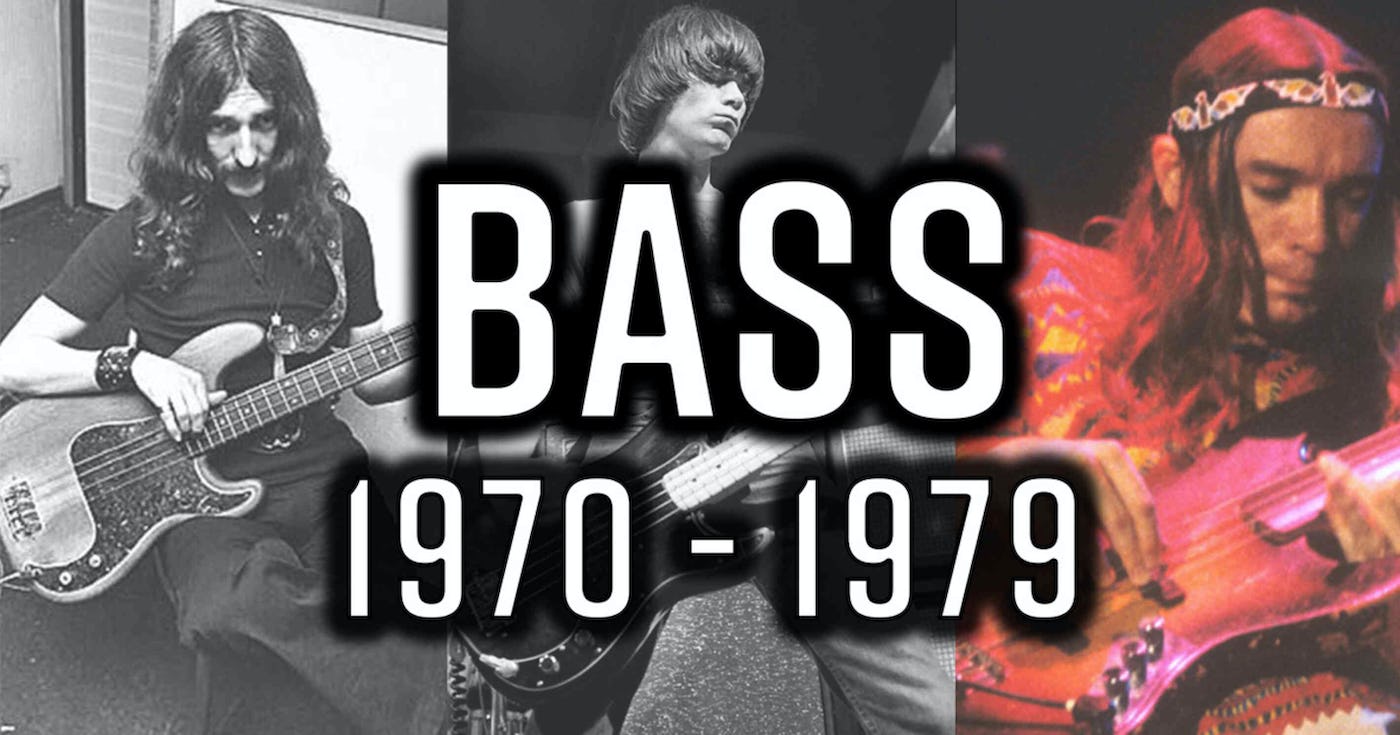 So this lesson is a little different.

In fact, I'm not sure we can call it a lesson. It's more of a snap shot of the history of bass.

A few weeks back I released a video that broke down the years of bass from 1935 through to 1969 and it exploded on my YouTube channel racking up over a quarter million views in just a few weeks...

So, I'm back with another one for you.

And most importantly... once you've watched the video make sure to leave a comment and lemme know these 2 things:

2. What other historical style bass videos would you like to see?

“Few bass players personify the spirit of the 1970s classic rock sound and style than Andy Fraser of the band Free.”

“As the 70s rolled on, together with the advent of Alembic’s custom-built bass guitars, Stanley Clarke took his newfound electric bass technique to the front of the stage.”

“In 1973 – what a year for bass that was! - down in Kingston, Jamaica, The Wailers were about to make waves with their debut release for Island Records, Catch A Fire.”