The True Genius Behind The Modern Electric Bass - Leo Fender 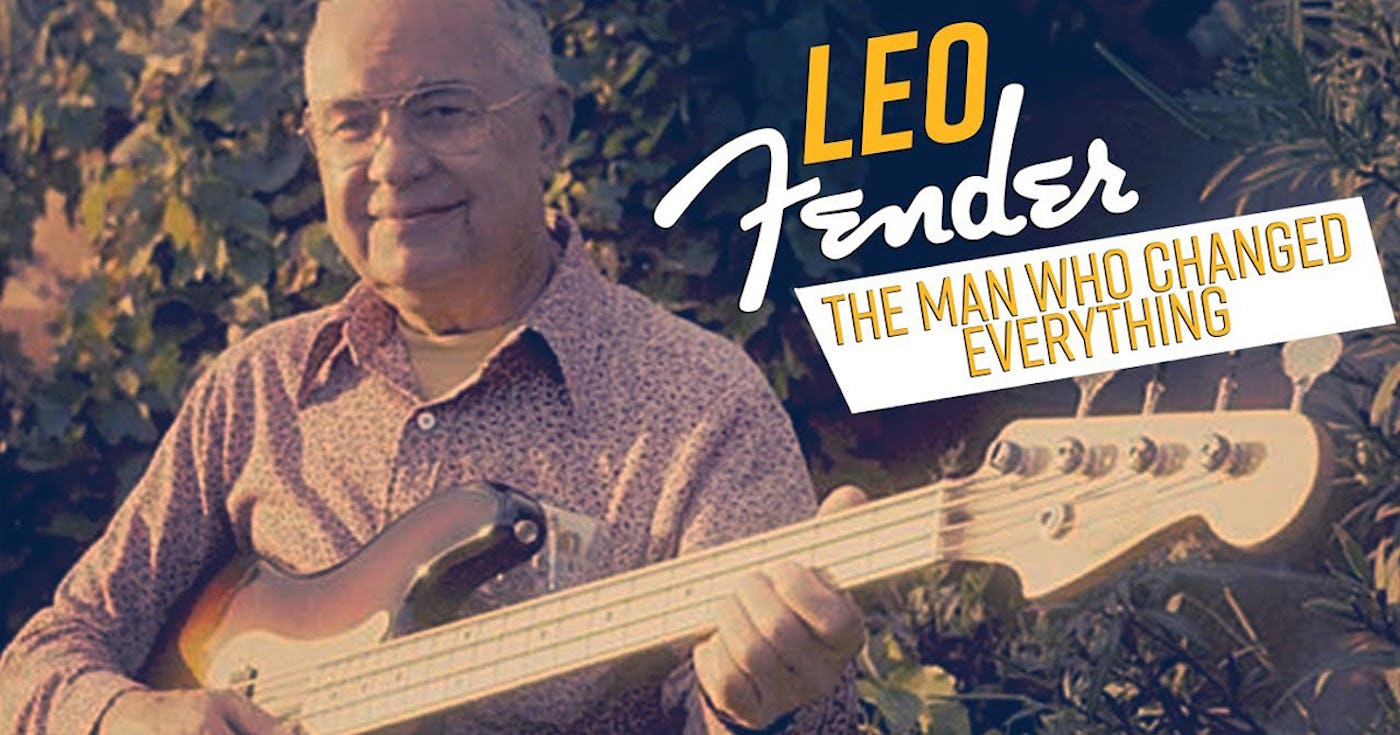 Leo’s influence on the course of rock ‘n’ roll and popular music is almost immeasurable.

Since we’ve been focusing solely on bass players so far in this series, I thought it was high time we took a closer look at some of the incredible builders and bass makers out there. And what better place to kick things off than with the man who started it all, Leo Fender.

It’s no exaggeration to say that Leo’s influence on the course of rock ‘n’ roll and popular music is almost immeasurable. He re-wrote the rulebook when it came to manufacturing electric guitars, and having sold Fender to CBS in the mid-60s, he went on to create some pretty iconic instruments for both Music Man and G&L.

But for me his greatest contribution came in late 1951 with the introduction of the Fender Precision Bass, but here’s the catch, despite his guitars and basses literally rocking the music world, Leo couldn’t play a single note. Want to know more? Let’s get into it. 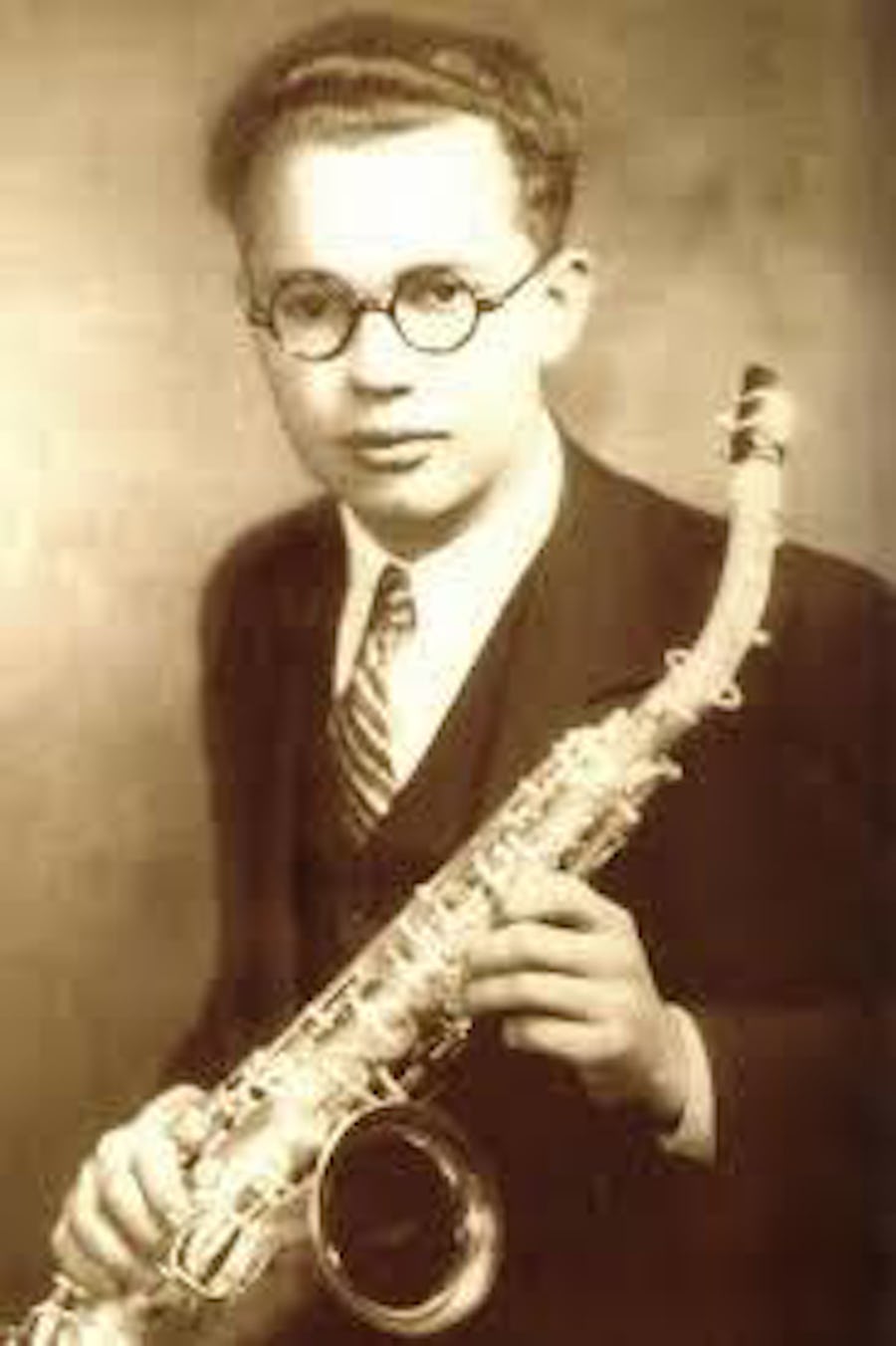 Leo was born in a small suburb of Los Angeles on 10th August 1909, not far from where Disneyland California is today. He wasn’t a guitarist, but he wasn’t entirely uninterested in music, taking piano lessons and learning to play the saxophone during school.

During his early teens Leo developed a keen interest in electronics, and before long he was building his own radio sets. Graduating from Fullerton Junior College in 1928 with a major in accounting, he spent the next ten years in various bookkeeping jobs, before setting up his own company, the Fender Radio Service, in 1938.

When World War II broke out, factories turned their attention towards supporting the war effort, which meant old parts for making radios were plentiful and Leo’s new business boomed. In 1940 he moved into a bigger premises and the shop became a magnet for local musicians with Leo branching out into repairs for lap steel guitars, PA equipment and amplifiers.

But things could have been very different had Leo been drafted into the armed forces. As fate would have it, he’d lost his right eye when he was 8. And having lived with a glass eye ever since, he was spared the call up on medical grounds.

By the late 1940s, Leo had formed the K&F Manufacturing Corporation, together with a local lap steel player named ‘Doc’ Kauffman. In 1950 he revolutionised guitar building forever with the Fender Esquire and Broadcaster guitars. The Telecaster followed suit in 1951 and in 1954 Leo launched the iconic Fender Stratocaster. Each was tailor made for mass production with a detachable bolt-on neck and adjustable bridge. Lee also designed a new pickup with separate magnets for each string.

Leo soon turned his attention to the bass and while he didn’t exactly invent the electric bass,a guy called Paul Tutmarc from Seattle is credited with that, Leo definitely set the benchmark with his patent for the Fender Precision, which was introduced in the summer of 1951.

Leo made some minor changes to the P Bass in 1954, contouring the body and introducing a 2-tone sunburst finish, but it was in 1957 that some really fundamental changes took place, all of which defined the look of the P bass for decades to come.

Leo redesigned the headstock, upgraded the pickguard and did away with the chrome control panel. He also added a new split-coil pickup that had a more solid bass sound.

The likes of Monk Montgomery with Lionel Hampton, and Shifty Henry and James Johnson with the Treniers were quick to endorse Leo’s new bass.

Photos also reveal a P Bass in the live bands of Jerry Lee Lewis and BB King, and when Elvis Presley’s bass player, Bill Black was reluctant to make the switch from his double bass, Elvis grabbed a P Bass himself and played it on the final version of Your So Square on his 1957 album, Jailhouse Rock. In fact, Elvis was still playing it 8 years later when the Beatles showed up!

So we pile into the house and there on the couch is Elvis Presley playing a Fender Bass plugged into an amplifier, watching the TV. - George Harrison

Carol Kaye was another exponent of the P Bass, playing on countless sessions in LA for the likes of Stevie Wonder, Ike & Tina Turner, The Monkees, and of course the Beach Boy's iconic album Good Vibrations.

As the bassist for Booker T and the MG's, throughout the 60s, Duck Dunn played on some of the finest soul records ever released, hipping his P Bass to tracks for Sam and Dave, Wilson Pickett, Eddie Floyd, and of course, on 1962’s Green Onions. Here’s Duck doing his thing on that very track.

And let’s not forget Tamla Motown legend James Jamerson. Jamerson had started out on upright bass and was initially reluctant to make the switch to Leo’s P Bass. He was eventually persuaded to buy a black refinished ‘57 Precision from his friend Horace Ruth in 1960 and the rest is history.

Jamerson’s 57 P bass was sadly stolen, but he eventually got a brand-new 1962 model in sunburst with a tortoiseshell guard and it was this bass, nicknamed the Funk Machine, that was used to record more hit singles than any other bass in history – Get Ready, Ain't to Proud to Beg, You Can’t Hurry Love, For Once In My Life, This Old Heart of Mine, Bernadette and Going to A Go Go.

Here’s a great clip of Jamerson with his 62 Precision, playing on Marvin Gaye’s What’s Going On.

And let’s give the late Bob Babbitt some love, too. Another major proponent of the P Bass, here he his recounting some of the many hits he played using his Fender P.

The Fender Bass went on to become the generic term to describe all basses, regardless of the manufacturer, but by January 1960, having cornered the market with the P Bass, Leo was ready to unveil a brand-new model, the Fender Jazz.

Well, it’s like a car, you know. You come out with the standard model, then you have the deluxe model, a Cadillac version. - Leo told guitar historian Tom Wheeler

The Jazz Bass, so called in an attempt to encourage upright ‘Jazz’ players to switch to the electric bass, was introduced in 1960. Prompted by the introduction of the Fender Jazzmaster guitar. Leo’s new ‘deluxe’ bass design was immortalized by the likes of Aston ‘Family Man’ Barrett, Geddy Lee, Marcus Miller and, of course, Jaco Pastorius.

Check out this monstrous solo by Jaco, recorded at Stadthalle Offenbach, Germany, September 29, 1978

The earliest Jazz Basses appeared in March 1960 priced at $279.50 for the standard sunburst finish. That was $50 more than the Precision and offered a completely different feel with a narrower neck and closer string spacing. The Jazz also featured two single-coil pickups wired in sequence with a pair of dual concentric ‘stack’ knobs that controlled volume and tone for each pickup. That setup was dropped by early 1962 in favour of a volume for each pickup and a single tone control.

The Jazz went on to become the ‘go-to instrument’ for so many bass players. John Entwistle of The Who was an early endorser as was Noel Redding with Jimi Hendrix. Noel was rarely seen without his sunburst Jazz during the bands heyday of 1966 and 1967. Bob Dylan was famously pictured with a Jazz Bass shortly after going electric in 1965. Rick Danko from Dylan’s backing band also used one, and even the Beatles used one on Abbey Road in 1969. Larry Graham was slapping the strings on his Jazz Bass in the late 60s with Sly and the Family Stone and by the end of the decade the Jazz was well and truly established as yet another classic Fender design. As Aston ‘Family Man’ Barrett once put it, ‘It’s the weight and treble master.’

By the end of 1964 Leo had begun work on another bass model - the Fender Mustang, with it’s short 30-inch scale it was the perfect companion to the Mustang Guitar. Leo developed a new split pickup for the Mustang Bass, much smaller than that used on the Precision, but still capable of producing a solid bass tone. The bridge was a new design too, with four saddles set on a large chrome plate that allowed for four individually adjustable string mutes. Finally launched in 1966, early examples came in Red or Blue with a white pearloid pickguard, or white with a tortoiseshell guard. In May 1969, the Mustang Guitar and Bass lines received new Competition paint schemes.

Bill Wyman of the Stones used both a Competition Burgundy and Competition Orange Mustang during 69 and 70, and by the 70s many punk bands had adopted one.

But it wasn’t all plane sailing for Leo. A self-confessed workaholic, he had already lost most of his hearing while repairing a broken speaker cabinet in the early 50s and by 1964 he was ill and exhausted. A year later he sold Fender to CBS for a staggering $13.2 million. That was around $2million more than CBS had paid to buy the New York Yankees a couple of years earlier.

Launched at a time when Fender basses were still dominating the market, the StingRay’s active electronics and driving bass sound struck a chord with bassists the world over.

Leo stayed on at Fender as a consultant, but was faced with a clause that restricted him from competing with CBS until 1975. Instead, he formed Tri-Sonics Inc in 1972 with two former Fender salesman, Forrest White and Tom Walker. The name soon changed to Musitek, and then Music Man, and as his non-compete with CBS expired Leo’s silent partner status came to an end and he came out of retirement to head the Music Man Company in 1975.

Leo went on to design a number of guitars, basses and amps for Music Man, including the legendary Music Man StingRay in 1976. Like Leo’s previous bass exploits with Fender, the StingRay is quite rightly considered a classic. Launched at a time when Fender basses were still dominating the market, the StingRay’s active electronics and driving bass sound struck a chord with bassists the world over, with the likes of Louis Johnson, Pino Palladino, Tony Levin, Bernard Edwards and Flea all getting onboard.

When Leo’s relations with Music Man soured in the late 70s, he recruited two old friends from Fender’s early days, George Fullerton and Dale Hyatt, to form G&L Musical Products – Leo is the ‘L’ in G&L. The new company allowed Leo to continue operations outside of his contractual obligations to Music Man, which was eventually sold to Ernie Ball in 1984.

Here’s a sneak peak at Leo’s office at G&L, exactly as he left it.

Leo wanted to step away from his landmark Fender and Music Man basses and came up some great new models for G&L including the ASAT, the JB and L-2000, each borrowing from definitive Fender designs, albeit with a few of George and Leo’s own innovations thrown in for good measure, including G&L’s Magnetic Field Design pickups.

Staying true to his character, Leo worked right up until the day before his death on 21st March 1991 leaving BBE Sound to take over the management of G&L. He died aged 81 after Battling Parkinson’s Disease.

If you’ve never played or owned a Fender Bass – you simply have to! You can’t ignore such a significant legacy of live and recorded music.